We are delighted to be able to partially reopen Colwell Arts Centre from the 26th April 2021 on a strict appointment-only basis. To collect, return or exchange an instrument, please contact us at glosmusic@gloucestershire.gov.uk to make an appointment.

We understand at these difficult times that some families will be finding payment of these invoices challenging, especially where you might have significantly reduced incomes. We do not want to let money be a barrier to your child continuing to learn on the instrument they have chosen and we have made funding available to support this. Please click here to complete the COVID-19 Instrument Hire Help form and email to mark.medland@gloucestershire.gov.uk 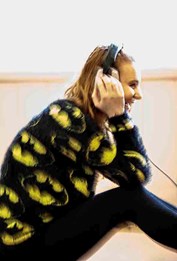 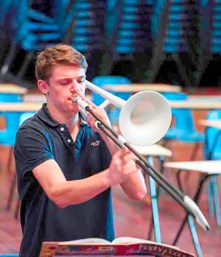 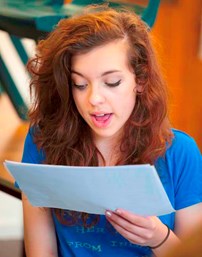 *UPDATE: We've since been working with Sound Connections, London-based music charity who set up Wired4Music the music council for Londoners aged 16-24, and students from Gloucestershire College, to further involve young people - find out more on our blog post about Making young people's views count and watch out for news of events on social networks.

In Spring 2015 we consulted with 180 young people aged 11—18 - through workshops in schools, and through an online survey - to find out their views and experiences of music education in Gloucestershire. Thanks to all those who were involved or who promoted this important piece of work.

You can download the full report - Learning music in Gloucestershire - young people's views - or the summary for young people, from the orange panel below.

The results are being used to inform Make Music Gloucestershire ’s future strategy, and to highlight issues of importance to music teachers, school leadership teams, and music educators working outside of schools.

The work was planned and led by Gloucestershire County Council’s Ambassadors for Vulnerable Children and Young People (part of the Participation Team) and commissioned by the Commissioning Team of Make Music Gloucestershire, the county’s music education hub.

1    Music is important to young people in Gloucestershire – but there’s a discrepancy between their passion for music, and their ability to make music, as well as for some students, their enjoyment of learning in school.

84% of young people consider music to be important to them and a significant 56% of those surveyed wanted to give their views on music education in the future.  Yet only 52% say they make music, and nearly one in three say they feel they missed out on the opportunity to make music. 54% says there’s something they’d like to do in music but don’t currently.

2    As music educators, we could be doing better to harness this passion

The average score from students of how easy it is to make/learn music in Gloucestershire was 6.

And although the majority said they enjoyed music lessons in school, 31% said they were OK and 10 % didn’t enjoy it much or at all. Interestingly, half say they didn’t learn music in school (16% are self-taught, 11% are taught outside of school).

3    It’s no surprise that cost and time are the two main barriers – but so is a lack of suitable opportunities.

One in five cited cost as a barrier and a similar amount cited not having enough time. The next most common response was ‘I don’t feel able to make music’. More than one in five weren’t playing because either ‘there aren’t opportunities in the type of music I want to make’, or ‘I’ve never found anything I’d like to do in music’, or ‘lack of places to make music’.

4    Young people are overcoming this with singing, and self-directed learning using music technology, rap and beatboxing, and YouTube videos.

More than a third said they were singers; the next most popular were strings and piano/keyboard (each played by 19% of young people) and music technology (16%). 16% are self-taught.

5    However, they want more diverse opportunities, at all stages of their youth, in and out of school

Only 15% start music at secondary age: yet they say it’s important they have a chance to try different ways of making music, try different instruments, at all ages.

Given that a number of studies have shown (eg The Importance of Music to Adolescents, North, Hargreaves, O’Neill, 2010) that adolescence is a time when music becomes increasingly important to young people, it’s important that opportunities to make a start in music (as well as to progress in different ways) are available at secondary age, not just primary.

This is not just through classroom music, but importantly, in giving platforms for young people to perform, build confidence and self-esteem. They want to see schools encouraging young people to take up music/try a range of instruments/ways of making music – and a common request was for after school music clubs that involved both instruments and music technology.

The results will inform our planning for the future, but beyond this, we will be finding out from young people the best way for them to have a voice in the future of their music education. Watch this space for updates.